Calgary Divorce Solutions – How can I help you and why? 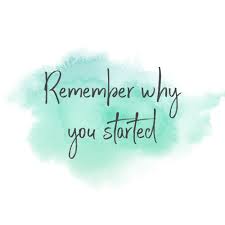 WHY did I choose to take on this career?

HOW long have I been in this industry and what knowledge do I bring to my company?

Separation Agreements – includes many details, such as; what makes up your marital property, who will keep what, will need to be sold, what will need to be refinanced. how will the kids be taken care of, what kind of financial support is required and for how long. This agreement is the most important document to enter into in order to put some healthy boundaries between you and your soon to be ex spouse.

Divorce – The final divorce document simply severs your marriage license, it does NOTHING to deal with separating your marital property. 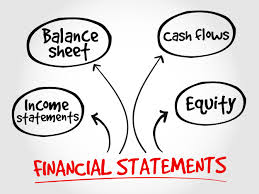 Where do I start?

KIDS CAN THRIVE, EVEN WITH A DIVORCE PENDING IN THEIR FAMILY Parenting children through a divorce/separation can be done with success, but it takes time, patience and hard work.

Children need to know that no matter what, they won’t have to choose one of you over the other, and they don’t need to hear you argue or fight over the “adult issues.”

Children need to remain focused on ‘their own’ worlds, the need to be kids, the need to know that their world will be okay and most important “THEY NEED TO KNOW WHAT’S GOING ON, BUT NOT UNTIL US AS THE PARENTS/ADULTS KNOW!

It’s a fallacy that kids shouldn’t be told anything. If kids know what to expect in an age appropriate manner, then they’re likely less to buck at the transition as things start to change. Don’t be surprised that some kids, just know more than you think!

Don’t forget that if you have kids under the age of 16, then you’ll both need to take a PARENTING AFTER SEPARATION COURSE (PAS). I highly recommend taking this course, sooner than later, after all, more information about how to parent in two separate homes in the early stages of separation, can only be of benefit to all of you.

Just because your marriage didn’t work, doesn’t mean that the parenting of your children won’t.

They deserve both of you!

Thank you for helping me through this emotionally taxing process. Dealing with the financial side of a separation was the last thing I wanted to think about when my relationship ended, but you guided both of us through it with kindness and empathy.

I really appreciated your availability; whenever I had a question or worry, you were quick to respond. You made sure I understood exactly what everything meant and I ended up with a better grasp of our finances than I had ever had during the marriage.

It was comforting to have your support during this time, which could have been far more stressful and overwhelming than it was. I would very highly recommend you and your company.

If divorce/separation is your reality and you have children under that age of majority, then in Alberta you’ll both need to take this online parenting course.

I always suggest to my clients to take this course as soon as possible, since there’s always something we can learn or something that we can be reminded of, while we’re going through this major transition. Our main goal when we have kids should be….. not to have our kids be the pull and tug between us.

Here’s the link to register for the course; How long should the separation process take?  That’s really up to the two of you.

IF IT’S DONE, IT’s DONE, but part ways with your dignity intact. It took both of you to get to the stage of ending your relationship, so there are no winners and it’s not easy for either of you.

If you feel you’ve made every effort to make your marriage work, then acceptance is huge in order for the healing to begin.

Getting Through Your Divorce/Separation

The passionate part of my love for my job comes from the uniqueness of my clients and their situations, there’s no two stories the same.

Divorce and separation can touch anyone, all walks of people with a variety of networths (from thousands to millions), in all sorts of professions. What remains common to most is that divorce is painful, it it creates uncertainty in all that we are, affects our working worlds, it affects our children and their normal routines, our extended family relationships change, our financial worlds are challenged and whatever your role was while in a marriage is no longer what it’ll be in the days to come.

Acceptance, responsibility, good professional help (counselors, mediators, divorce specialists etc…), a regular routine of your own that provides you with positive influences (not people who advocate for your misery or add their own negative twists to it) some exercise and lots of sleep. All of these can help make, what otherwise can feel like an endless whirlwind of chaos, a situation that you have some sense of direction in and some control over.

Get help early, find out what you don’t know and spend some quality time with yourself so that you can commit to getting through this hurdle with dignity and minimal destruction. Leave the hate, resentment and hurt to your counselling and other support people to help you with, but don’t bring them to the negotiation/mediation table. Bringing emotions to the negotiation table will only prolong the pain and the process.

Your child/children need you both, creating a plan to keep you all connected.

Mediation Services – Why is this the better way……..click the link below

https://youtu.be/cISsYzShL0Y Call for a free consultation and start getting educated.